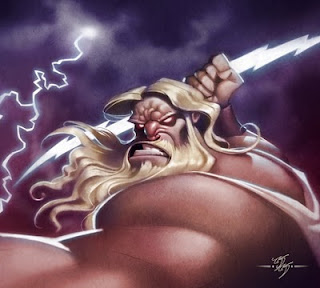 Hello 2010, year of Greek Mythology! In the first 3 months we'll have 2 new films based greek myths and 1 new video game (Percy Jackson and the Olympians: the Lightning Thief, the remake of Clash of the Titans, and God of War III). So I've decided to ring in 2010 with a piece of the god of sky and thunder himself.
As for 2009, it was okay I guess. At least it brought us one truly magnificent film (Drag me to Hell) and one spectacular game (Uncharted 2).
Posted by Kevin Keele at 3:26 PM 9 comments: 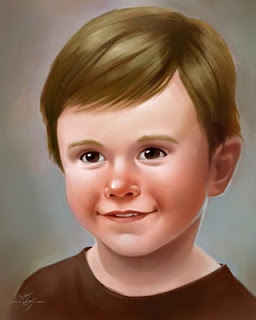 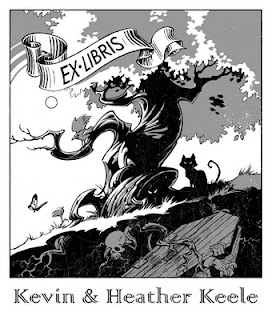 My wife has been asking me for a while for a few pieces of art and I guessed she ultimately deduced that the only way to get me to do them was to ask for them for Christmas. So above is the portrait of our son, Max, and a personalized bookplate. She seems pleased with them.
Posted by Kevin Keele at 1:02 PM 5 comments: 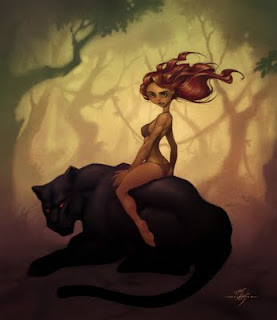 As promised, I've done something more appealling to male sensibilities after all the Twilight stuff. I hope you enjoy viewing my sexy, bikini clad, jungle inhabiting, panther riding woman as much as I enjoyed painting it.
Posted by Kevin Keele at 2:37 PM 11 comments: