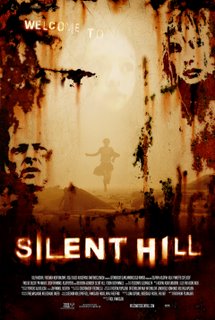 Aside from the Zelda franchise, Silent Hill is my favorite video game series. I am therefore, not surprisingly, excited for the forthcoming film adaptation. They're currently holding a contest over at the official site to create a poster for the film which may even be printed and distributed. I decided to give it a go. I then realized, upon closer inspection of the rules, that I am not eligible to enter. Of course by that time I'd already finished. So I thought I'd post it here so someone might see it.
Posted by Kevin Keele at 8:09 AM 1 comment: 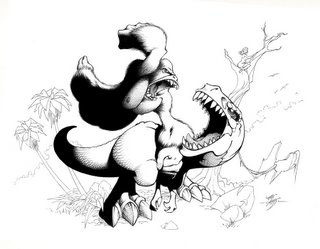 When I was a kid I got the original 1933 Kong for my Birthday on VHS. I still have the video tape, though I've watched it so often it no longer really works. So I was happy to get the movie on DVD for my most recent birthday. I've also gone to see Peter Jackson's new version twice. I like it, but it falls short of the original. It's an okay movie with moments of greatness. Still, it's probably my second or third favorite movie of the year, it's easy for me to forgive a movie for it's flaws when it has dinosaurs fighting a giant gorilla. That's just cool.
Posted by Kevin Keele at 9:03 AM 1 comment:

I recently played through the final installment of the Prince of Persia trilogy, the Two Thrones. I'm a HUGE fan of these games and I felt this final one was very nicely put together, but still fell short of the original. The Sands of Time is gaming bliss. The rythm, personality, atmosphere, and story all cooperate together to create an orchestra of awesomeness. Warrior Within lost so much of the charisma of the original and The Two Thrones only reclaims most of it. Still it was nice to spend some time with the Prince again, and not the pro-wreslter that took his place in the 2nd game. Thanks Ubisoft.
Posted by Kevin Keele at 10:53 AM 1 comment: 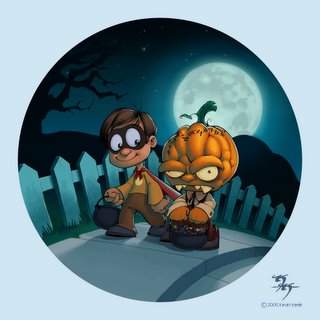 I thought I'd post an image I did for a picture book my wife and I are working on to kick things off. Hopefully I'll be regularly updating this with more artwork and other awesome things. Enjoy! -Kevin
Posted by Kevin Keele at 8:19 AM 2 comments: