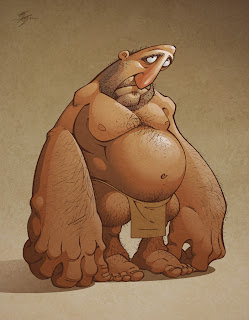 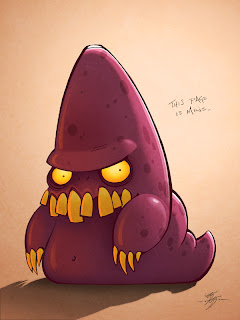 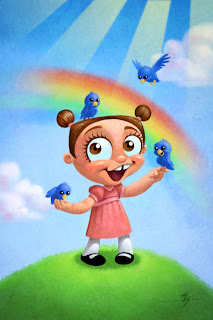 This was done for the I Heart U/Too Cute For Comfort theme on the Avalanche Blog, the object of which was to do something "unbearably cute" in the interest of Valentine's Day. I'm a little concerned about how much fun I had doing it, I feel like I have to draw something extra NOT cute now to cleanse my creative palate.
I dedicate this image to my lovely wife, Heather (who happens to love unbearbly cute things). Happy Valentine's day!
Posted by Kevin Keele at 10:42 AM 9 comments: 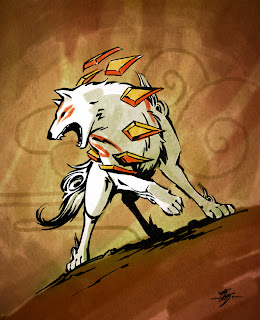 If Roger Ebert had played Okami or a number of other great games he perhaps wouldn’t have made this comment:

"Video games by their nature require player choices, which is the opposite of the strategy of serious film and literature, which requires authorial control…I am prepared to believe that video games can be elegant, subtle, sophisticated, challenging and visually wonderful. But I believe the nature of the medium prevents it from moving beyond craftsmanship to the stature of art."

His observation certainly applies to some games, but many are more like a film than he may realize. The player is driving the action, true, but aside from irrelevant details, everything that happens is still under authorial control. The path is set, the artist/storyteller is simply using the unique tools that gaming offers to more fully immerse the players in his story. The interactive nature of games only enhances their ability to move people. The audience is naturally more invested in the characters because they feel like participants in the events taking place. That said, I admit that games have been doing it a little clumsily thus far. There are still a number of limitations keeping the narratives of games from achieving the emotional impact they’re capable of. However, I think they are well on their way to breaking those barriers. I fully believe video games will eventually affect society just as profoundly as literature and film have.
Posted by Kevin Keele at 7:58 AM 4 comments: 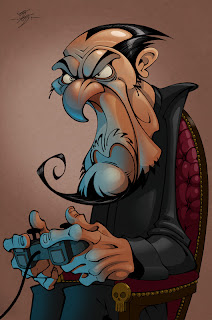 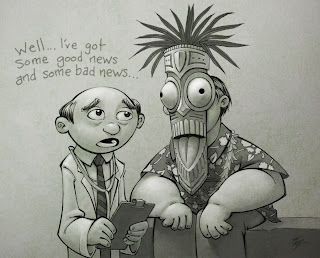 A couple pieces I posted on the Avalanche blog. I've been drawing so little lately, but the game I was working on here at work is finishing up so I'm excited to take some time off and get re-acquainted with my sketch book.
Posted by Kevin Keele at 10:14 AM 7 comments: