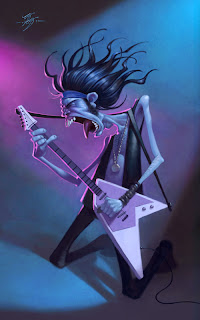 Done for the Avalanche blog art challenge. The theme is Rock Stars.
Posted by Kevin Keele at 10:13 AM 13 comments: 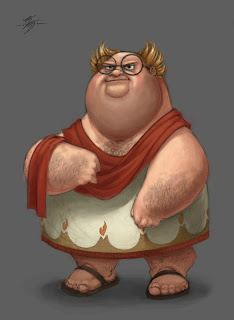 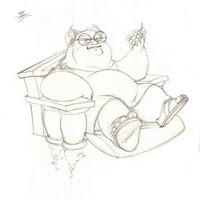 The Meet the Robinsons video game hits retailers today so I thought it an appropriate time to post some concept art I did for the game. None of these designs made it in the game, but I like to think they had a little influence on the end product. My position here at Avalanche is in production and I think it's ultimately the right place for me, but I'm glad that I can occasionally do a little visual development because I really enjoy it.
Posted by Kevin Keele at 1:54 PM 8 comments: 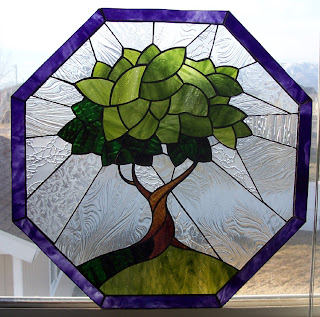 My parents recently built an addition onto their house which includes a new bathroom with a cool octagonal window. I like doing the occasional stained glass project and my mother thought the previously mentioned window would be good space to include one. It's not perfect, but I think it turned out better than my last stained glass piece, and it looks really nice in my parents bathroom (this photo was taken at my house before it was installed, in case there was any confusion). I can't take all the credit since my mom picked out all the glass and I think she chose some really nice colors and textures.
Posted by Kevin Keele at 12:55 PM 15 comments: 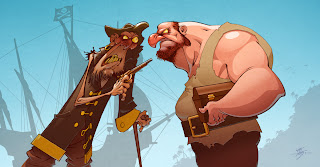 Today, like every other day, is a good day to love pirates. Not just for all the regular awesome reasons, but because tonight is the world premiere of the Pirates of the Caribbean: At World's End movie trailer on ABC! The only potential problem is that it's debuting sometime during the 2 hour Dancing with the Stars season premiere (at 8/7c). Of course the internet will have it everywhere the day after, if you can wait. Me, I'm watching Dancing with the Stars tonight.
Posted by Kevin Keele at 10:43 AM 14 comments: 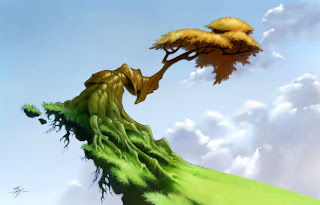 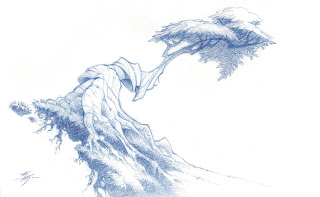 I like the way this tree turned out because it kind of reminds me of an album cover by Roger Dean or Rodney Matthews for some progressive rock band in the 70's.
Posted by Kevin Keele at 12:57 PM 15 comments: 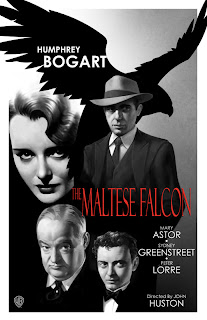 The Maltese Falcon is a great film. Sharp dialogue, incredible characters, great performances, thick atmosphere, and a fantastic story all work together to create a spectacular film that is cooler than ten Tarantino movies. Great movies don't always have great posters and the Maltese Falcon is a good example of that. While none of the images created for the film have been particularly bad, I feel it's always lacked a definitive poster that adequately captures the spirit of the film. Hopefully mine does to some extent.
I'm always irritated by bad posters or DVD covers for good movies. The original poster for Mulan is a favorite of mine. It's a very cool image that captures the spirit of what the film is truly about. Yet when it came time to release the film on DVD the marketing guys thought process must have went something like this: "We need more characters on the cover, and what about Mushu, everyone loves him. The oriental color scheme might alienate western consumers," and so on. Thus, the DVD was released with this cover.
Return of the Jedi has made $309 million in domestic box office earnings alone, but apparently that was not enough to give it a decent DVD cover (all the Star Wars DVD covers are bad, but this one really bugs me in particular for the following reasons):

My favorite part is the position and size of Luke's hands. In my modified version to the right I roughly painted in what his arms would have to look like based on the positions of his wrists and shoulders to actually attach his body to those hands. I also like the stars shooting out of the lens flare of his light sabre and the various characters and objects that all look like they came from different sources with no effort put into unifying the values, colors, saturation, etc. But the thing that really irritates me about this cover is that a lot of artists, Drew Struzan in particular, have created excellent pieces of promotional art for all the Star Wars films. There's no excuse for this poorly photoshopped junk.

Anyway, you're probably asking why I care so much, I'm not really sure actually. The poster or cover doesn't affect the content on the film or the disc. I just hate having some of these hideous things on my shelf.
Posted by Kevin Keele at 10:48 AM 10 comments: 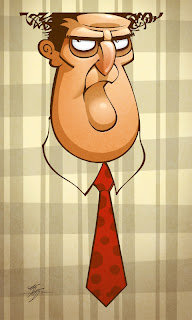